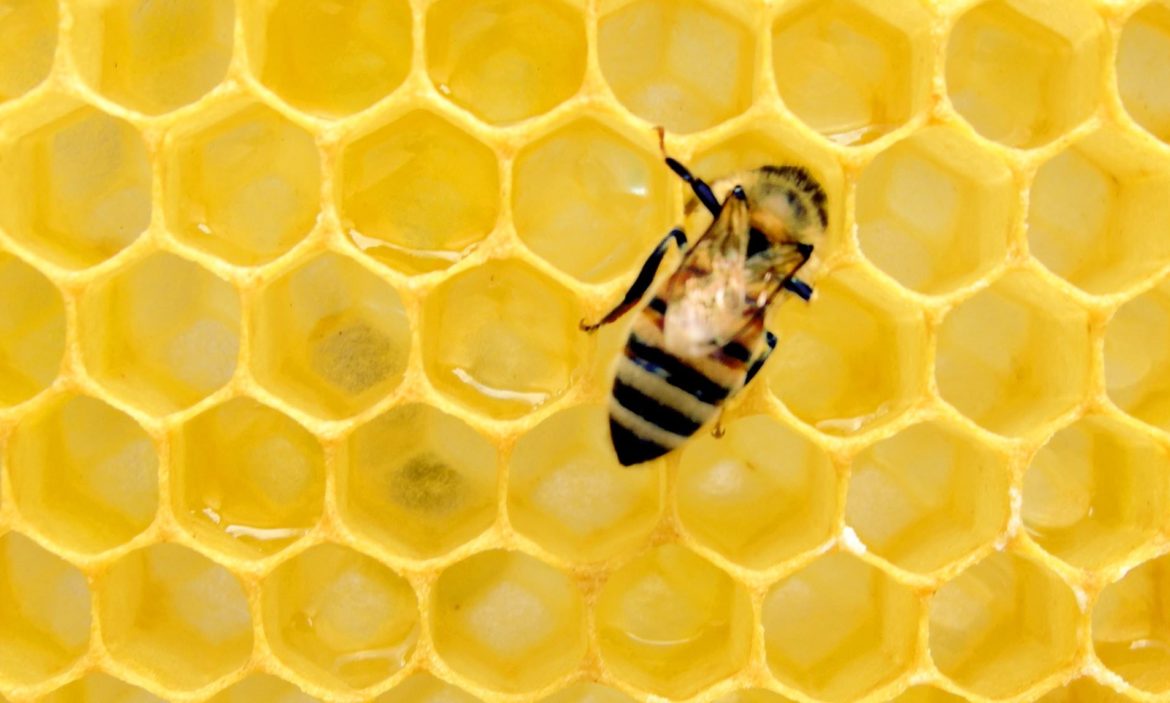 A mouthwash made from a material bees use to waterproof their hives could help combat high blood pressure and gum disease.The key ingredient is propolis, a waxy material produced by bees to seal their hives against rain and intruders. It’s long been used in medicine for its natural antiseptic qualities.

Research from the University of Plymouth now suggests propolis can lower blood pressure. It does this by encouraging the activity and volume of bacteria found naturally in the mouth, which convert nitrates in food into nitrite, a compound that widens blood vessels and so lowers blood pressure.

‘We know that the make-up and activity of oral bacteria is very important in maintaining blood pressure at normal levels,’ says Dr. Raul Bescos, who is testing the mouthwash on 50 volunteers at the University of Plymouth.

Some 16 million Britons have high blood pressure, which, if left untreated, can treble the odds of heart attacks and strokes. It can also damage the kidneys and may raise the risk of dementia.

The new treatment could prove to be an easy-to-use alternative.

Propolis is made by bees from a mix of saliva, beeswax, and material harvested from plants. Used in the building and preservation of hives, the brown, sticky substance kills bugs, protects the honey- comb from rain and keeps out would-be invaders.

Participants in the trial will use either a propolis mouthwash or a conventional mouthwash twice a day for a week.

It is hoped the propolis will boost the numbers and activity of nitrite-producing bacteria in the mouth, causing blood pressure to fall. The researchers will analyse the participants’ mouth bacteria at the beginning and end of the study.

Dr. Punit Ramrakha, a consultant cardiologist at Hammersmith Hospital in London, says: ‘Study after study has shown that people who have poor oral health, such as gum disease or tooth loss, have higher rates of cardiovascular problems than people with good oral health.

‘This new work from the team at the University of Plymouth is looking to see if modifying the bacterial flora in the mouth can have a beneficial effect on the individual’s blood pressure, and the use of propolis for this is inspired and unique.

‘We eagerly await the results of the clinical trial and, if positive, this will be another example of how important bees are for human survival.’

* Fruit and vegetable intake can lower blood pressure, but fats increase it, according to researchers from Wuhan University in China. They tracked the health of more than 4 000 adults for a decade, during which time around d 000 developed high blood pressure.

When their diets were compared, the researchers found that people with the highest fat intake were 40 percent more likely to develop high blood pressure, reports the American Journal of Preventive Medicine.

Addicted to social media? Here’s how to tell

Not feeling festive this holiday? Here’s how to...

How to read a doctor’s prescription correctly

7 Foods to Keep You Healthy During Cold...

Heart Attack Symptoms: What To Do in an...

This is what you need to know about...

How dads improve their kids’ lives, according to...

High blood pressure before and after exercise linked...

I loved as much as you’ll receive carried out right here. The sketch is tasteful, your authored material stylish. nonetheless, you command get bought an shakiness over that you wish be delivering the following. unwell unquestionably come more formerly again as exactly the same nearly a lot often inside case you shield this increase.

Somebody essentially help to make seriously posts I would state. This is the very first time I frequented your web page and thus far? I amazed with the research you made to create this particular publish amazing. Wonderful job!

Excellent post! We will be linking to this particularly great article on our site. Keep up the good writing.

An impressive share! I’ve just forwarded this onto a friend who had been conducting a little homework on this. And he actually ordered me breakfast simply because I found it for him… lol. So let me reword this…. Thanks for the meal!! But yeah, thanks for spending some time to discuss this matter here on your website.

You’re so cool! I don’t think I have read a single thing like this before. So good to find somebody with some genuine thoughts on this issue. Seriously.. thanks for starting this up. This website is something that is needed on the web, someone with a little originality!

Having read this I believed it was very informative. I appreciate you spending some time and effort to put this information together. I once again find myself spending way too much time both reading and leaving comments. But so what, it was still worthwhile!

There’s certainly a great deal to learn about this issue. I love all of the points you have made.

Pretty! This was a really wonderful post. Thank you for supplying this information.

Hi there! This article could not be written any better! Going through this article reminds me of my previous roommate! He constantly kept talking about this. I will send this information to him. Fairly certain he will have a great read. Many thanks for sharing!

Everything is very open with a precise description of the challenges. It was definitely informative. Your website is very helpful. Thanks for sharing!

Itís hard to come by knowledgeable people for this topic, however, you sound like you know what youíre talking about! Thanks